Scarlett and her long time stunt double of 10 years Heidi Moneymaker are two of the people featured in the new article by the Hollywood Reporter to shine the light on the people who make the main actors look good in the big and small screen.

The Hollywood Reporter – When Johansson gets punched in the face, Heidi Moneymaker takes the hit. When Elizabeth Olsen crashes through a window, it’s C.C. Ice who ends up with scratches. Hollywood’s most unsung behind-the-scenes heroes star in a Hollywood Reporter photo portfolio.

When Scarlett Johansson was first cast in 2009 as ballet dancer turned fistfighting superspy Black Widow in Marvel’s Iron Man 2, she wasn’t exactly prepared for the part. “I’d never stepped foot in a gym,” she confesses. “I had no experience with any sort of martial arts or anything like that.”

She turned out to be a quick learner, especially after being paired with stuntwoman Heidi Moneymaker, who’s been training with and doubling for the actress in Marvel movies ever since. So far she’s had appearances in six of Johansson’s films, with a soon-to-be-seventh gig in the Avengers sequel being directed by the Russo brothers. And there could be an eighth: a stand-alone Black Widow movie is reportedly in development. “[Heidi and I] got to create this side of the character and expand on it over this past decade,” says Johansson, 34. “I don’t know how many actors have the opportunity to play the same character over 10 years.”

A UCLA-trained gymnast, Moneymaker, 40, started her career with minor stunt work on such TV shows as Angel and The O.C., working her way up the food chain and into features (doubling for Drew Barrymore in Charlie’s Angels: Full Throttle and for Michelle Rodriguez in 2009’s Fast and Furious). But she says no matter how big the job, she relies on her gymnastics discipline to help her get through the day in one piece. “The athlete mentality is definitely good to have,” she says. “I’ve had so many people come up to me and say, ‘I’m crazy, I’ll do anything! I could be a stuntman or a stuntwoman.’ Those are the kind of people that you don’t want around.”

Over her 15-year career, Moneymaker has learned that being a stuntwoman is in some ways even more hazardous than being a stuntman. “Wardrobe for women is tighter and skimpier,” she explains. “When you get slammed into walls or hit by a car, it’s harder to pad up. If a guy is wearing fatigues or something a little baggier, they have the opportunity to put more padding on.” Finding work is also more challenging since action films traditionally have fewer female onscreen roles. “It’s a lot of bros,” she says of stunt-heavy sets. “Sometimes I just want to be around women. I’ll go somewhere and there’s women there, and I’ll be like, ‘Oh, thank God!'”

Recently, as the Marvel Cinematic Universe continues to expand, Moneymaker’s and Johansson’s work has had to accommodate an increasingly crowded screen. “As the films grew larger in scale, it became less hands-on for most of the actors,” says Johansson, noting that shooting is now an intricate ballet of scheduling. “We have three to four units going at the same time.”

For the actress, the trick to working with her longtime stuntwoman is simple: “I tell myself, ‘Do whatever Heidi does. Just listen to whatever she says and she’ll keep me safe.'” 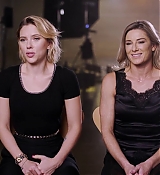 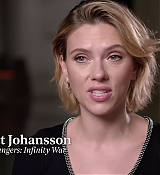 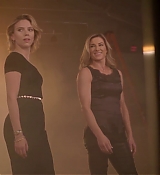 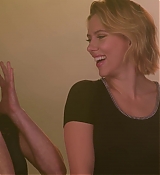