On Tuesday (13th July) last month Scarlett was a guest on the last talk show of the Black Widow press tour with Late Night with Seth Meyers. Scarlett was there making a virtual appearance and it was filmed a couple of days before it aired. It was a great interview as Seth is a family friend of Scarlett and it turns out he was at her wedding and they had a great talk about it. Scarlett said Rose has seen her very old movie “Home Alone 3” and had no clue it was her mom in the movie. And talked about the infamous gift-swapping between Colin and Michael Che and what Colin got her for her first gift.

I have added in the screen caps from the episode to the gallery, and you can watch her segments on the show below. Enjoy! 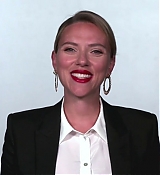 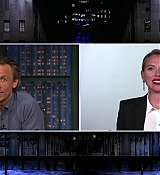 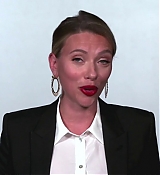 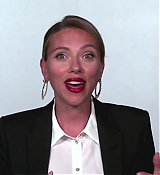 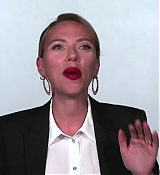 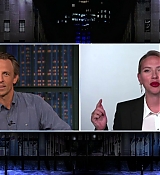 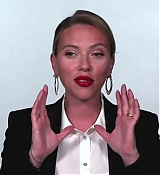 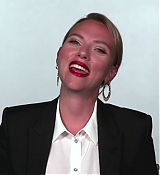