Welcome to SCARLETT JOHANSSON FAN, your online resource dedicated to the two time Oscar Nominated actress SCARLETT JOHANSSON. You may know Scarlett from her Oscar nominated roles in "JOJO RABBIT", "MARRIAGE STORY" and her 11 years as Natasha Romanoff / Black Widow in the "MARVEL CINEMATIC UNIVERSE" and her own movie "BLACK WIDOW". It is our aim to bring you all the latest news, photos, information and much more on Scarlett's career. We hope you enjoy your stay!
Marie Claire (Australia) – December 2020
Home 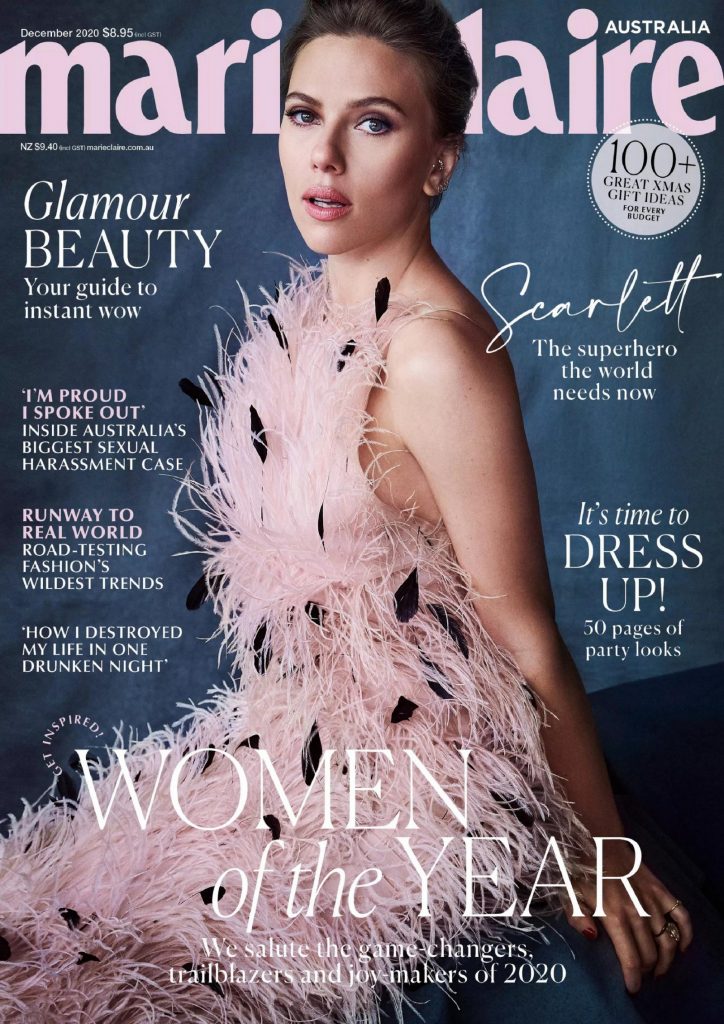 The actor discusses the joy of leading a new guard of superheroes and inspiring young women. – by marie claire