Scarlett’s last show yesterday (June 16th) was on the The Late Show with Stephen Colbert that she taped on 13th June, She talked about the last time she was on the show, how much they both love chicken wings and the best place to get them, her lookalike Geraldine and Stephen tried to get some info about Avengers out of Scarlett but she would not give anything away other then there will be a lot of people in the next one. You can watch the video below and Screen Captures are now up in the gallery too. 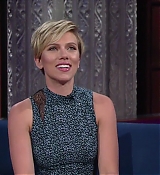 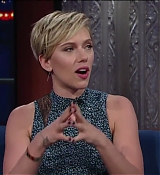 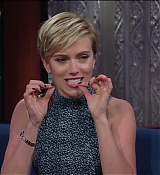 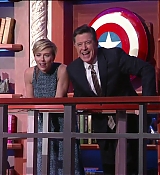