And more Black Widow news is coming out at last with one more magazine. Scarlett and her co-star Florence Pugh are in the new Total Film – October 2020 with a new interview, and movie stills. The cover and one movie still have been added to the galley and look out for the Digital scans from the issue when the magazine comes out on Firday.

Total Film – Yes, it’s been a while since we last had a Marvel movie. More than a year ago, Avengers: Endgame wrapped up the third phase of the Cinematic Universe and became the highest-grossing film of all time in the process.

But, the wait is nearly over, and for the first film in Phase 4, Marvel will be jumping back in time (a little) to delve into the backstory of one of its best-loved characters, Scarlett Johansson’s Natasha Romanoff, aka Black Widow.

Also in the mix is mystery villain Taskmaster, a masked baddie who can imitate his opponents’ fighting styles, and who has connections to the Red Room of Natasha’s past.

Above, you can see an exclusive new image of Johansson and Pugh in Black Widow, taken from the upcoming issue of our sister publication, Total Film magazine. You can see two more exclusive images – featuring Taskmaster and Yelena in action, below.

The decision to make Black Widow a family drama came from Marvel producer Kevin Feige. “[That decision] was puzzling to me,” director Cate Shortland tells Total Film. “And then I realised, by the end, that Kevin and I had similar visions. What I really wanted to do was to expose the character and get under her skin. The family created the dynamic with which that would happen. We see a different side of the character, because she’s in scenes with people that know her from when she was a child. She’s not a superhero in those scenes; she’s a daughter or a sister.”

For more – including interviews with Johansson, Pugh, Weisz, Harbour and Shortland – pick up a copy of the new issue of Total Film magazine, when it hits shelves on this Friday, September 18. Black Widow is scheduled to open in the UK on October 28, and in the US on November 6. 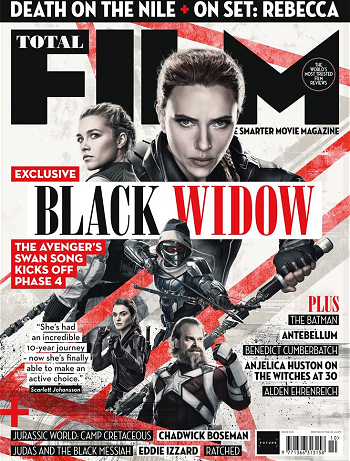 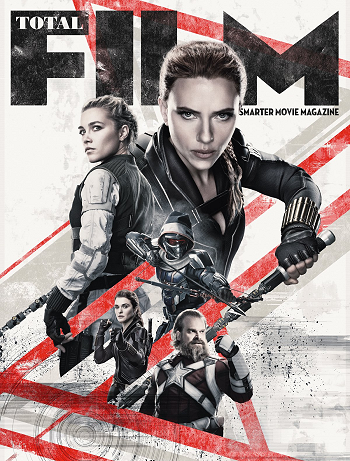