The Hollywood Reporter – With Noah Baumbach’s ‘Marriage Story’ and Taika Waititi’s ‘Jojo Rabbit’, her Avengers spinoff ‘Black Widow’ and the mantle of the world’s highest-grossing actress, Johansson isn’t afraid to say how she really feels about Disney and her plans to direct.

When Scarlett Johansson met writer-director Noah Baumbach for lunch in 2016 to talk about a role, she was in the midst of a private ordeal, divorcing her second husband, Frenchman Romain Dauriac. Baumbach, who didn’t know about Johansson’s pending split, was eager to discuss an unusually exposing film he was writing. The tragicomic story would explore terrain Baumbach encountered while ending his marriage to actress Jennifer Jason Leigh — the hideous fights, the mercenary lawyers, the wistful moments of wondering whether things could be different.

Before Baumbach launched into his pitch about why he thought Johansson would be perfect for the role opposite Adam Driver, the actress shared what was going on in her marriage. “It totally caught me off guard,” Baumbach says. “I was like, ‘Well, you’re going to either hate this idea or love it. This may be exactly not the headspace you want to be putting yourself in, or maybe it will be healing.’ ” The movie, Marriage Story, turned out to be the latter. “We talked a lot about the actual experience of divorce because I was in the middle of the process,” Johansson says. “We talked about becoming a parent, and our parents. The expectation that comes with being in any kind of a relationship, and the disappointment that can come with that expectation.”

Johansson, 34, is recounting this story in early August on the set of Marvel’s Black Widow outside London, where she has been living with Rose, her 5-year-old daughter with Dauriac, for five months. Fresh from a morning of fight training, she arrives for an interview in a wood-paneled conference room at Pinewood Studios wearing an Avengers T-shirt, her hair in a messy bun, a gold chain with Rose’s name on her throat. It’s a hectic time for the actress: This fall, Johansson, who has never been nominated for an Oscar despite critically acclaimed performances in such movies as Lost in Translation and Match Point, stars in two likely awards contenders, Marriage Story for Netflix and Taika Waititi’s Jojo Rabbit, for Fox Searchlight, both screening at the Toronto Film Festival. When Black Widow opens in May, it will be the first female-fronted extravaganza to kick off the summer box office season. She also is preparing to send Rose to kindergarten in New York City and wed her fiance, Saturday Night Live’s Colin Jost.

In person, the actress is unguarded and assured, even on thorny topics — from actors playing characters of different races (which sparked a fierce debate) to whom she’s backing for president to why she’s standing by Woody Allen. She apologizes that her answer to one question sounds “farty” (pretentious) but never asks for forgiveness for her opinions.
To read the rest click on the link at the top. 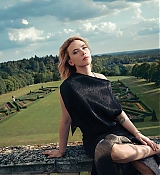 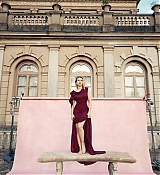 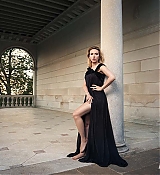 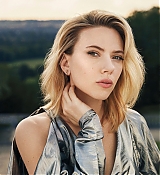 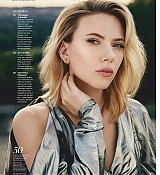 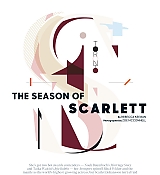 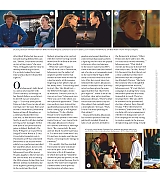 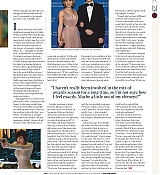