The first of the press videos are now hitting the web and Entertainment Tonight is the first one out, They got to do on set of Avengers: Infinity War and talk to Scarlett and Chris about his beard, children and how (not) hot Chris H new look is.

Update: ET released the full interview with Scarlett and Chris and its over 11 minutes long this time. Both of them go into more details then the first little interview had in it.

“When we last saw these characters in Civil War it’s been probably 2 or 3 years that have passed, and our characters have been kind of part of some sort of counter-terrorism unit efforts but we’re flying under the radar, and you know it’s a lot I think when you are on these kinds of missions with no governmental support. You don’t even have the support of just the general public, and you’re sort of running rogue, trying to do what you know is best for the common man but you don’t have someone to guide you or support you.”

We’re kind of fractured ourselves, and then, of course, the last we saw Hulk he was floating into the stratosphere. Now we are reintroduced to this whole expanded universe. There’s been a lot of change that’s gone on since the original Avengers assembled.”

Speaking of Hulk, the last time these two were around each other there were the threads of a romance, but it seems that is destined for a less than happy ending according to Johansson.

“I just finished Avengers: Infinity War. The first one,” Johansson said. “My character has this ongoing relationship with Mark Ruffalo’s character. I had such devastation that day. I don’t know why. I was so devastated. It was something about this character that Mark plays, and this is something that should feel so solid and suddenly doesn’t or there’s… And it reminded me of so much of the things going on in my own life at the time…” 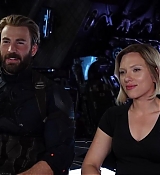 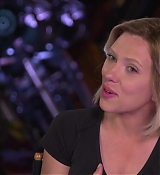 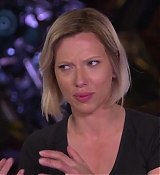 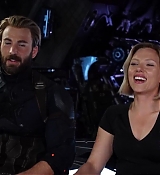 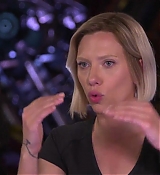 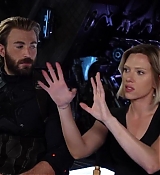 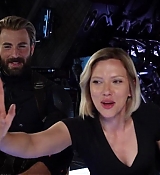 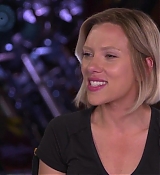