Empire Online – Six original heroes. 22 films. One big baddie. It all comes down to this – we’re in the endgame now. It’s nearly a year since Avengers: Infinity War unleashed its astonishing ending, with half of the heroes in the Marvel Cinematic Universe snapping out of existence. Now the remaining members of Earth’s Mightiest Heroes have to fix it – welcome to Avengers: Endgame.

The new issue of Empire goes all-out on the movie event of the decade, a higher-than-high-stakes blockbuster that pitches the classic Avengers line-up – Iron Man, Captain America, Thor, Hulk, Black Widow, and Hawkeye – against the Mad Titan himself, Thanos. Those battle lines are reflected in the two newsstand covers: first up, the Avengers assembled for the most important mission of their lives.

Inside the issue, you’ll find a major new feature on Marvel’s biggest movie so far, talking to the film’s stars, directors, and MCU head honcho Kevin Feige himself about how they crafted the boldest blockbuster ending of the decade, and how they’re going to out-do it all in Endgame. Oh, and if that wasn’t enough, the issue also comes with Empire Presents: Avengers – The End Of An Era – a bonus magazine in which we salute the six central members of the MCU, the screen superheroes who changed cinema forever.

Stay tuned for more information soon about what else is inside the May 2019 issue, and you can pre-order a copy, with the cover of your choice – Avengers, or Thanos – online here. Pick it up on newsstands from Thursday 21 March.

And if you haven’t seen our stunning exclusive subscriber cover, an original painting by artist Vincent McIndoe of Thanos watching the sun rise on a grateful universe, here it is in all its glory. 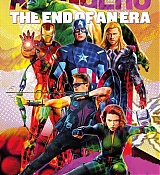 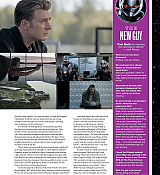 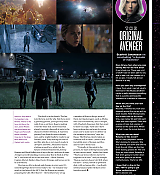 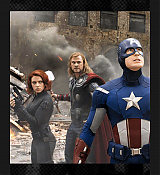