Scarlett and her Black Widow co-star Florence Pugh are in the new Empire Magazine October 20202 with a new interview, photoshoot and movie stills. Digital scans from the issue have been added to the galley.

Empireonline – Though Scarlett Johansson first appeared as Natasha Romanoff, aka Black Widow, in the MCU 10 years ago in Iron Man 2, it’s taken a decade for the character to get her own Marvel movie. The long-awaited Black Widow is set to delve into Romanoff’s past, her non-biological family (including Florence Pugh’s incoming ‘sister’ Yelena Belova) in a film directed by Berlin Syndrome’s Cate Shortland. If the fact it’s been made in 2020 is a sign of Hollywood shifting and finally bankrolling more female-led major action franchise movies, Johansson says the film itself reflects how things have changed within the last 10 years.

Speaking in a lively new joint interview with Florence Pugh about passing the Black Widow baton – which you can read now in the new Dune issue of Empire – Johansson opened up about the film’s feminist themes. “I think this film in particular is very much reflective of what’s going on in regards to the Time’s Up movement and the #MeToo movement,” she says. “It would be such a miss if we didn’t address that stuff, if this film didn’t take that head-on. I think, particularly for Cate, it was so important for her to make a movie about women who are helping other women, who lift other women up out of a very difficulty situation. Someone asked me if Natasha was a feminist. Of course she is, it’s obvious. It’s kinda an asinine question.”

Natasha and Yelena will be teaming up in the film to take out mysterious new villain Taskmaster, capable of instinctively mimicking the abilities and fighting styles of anyone they meet. Above you’ll find a brand new image of Natasha facing off with Taskmaster, as seen in Empire’s October issue. 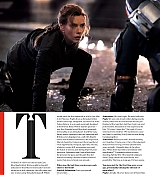 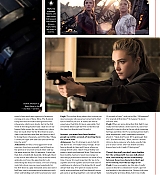 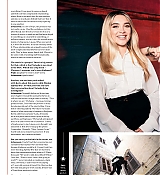 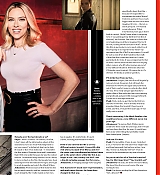