Scarlett Johansson and Florence Pugh spoke to Access Hollywood’s Sibley Scoles ahead of the release of their highly anticipated Marvel film, “Black Widow” where they opened up about working together and the friendship that was formed on set. “We just got really lucky, we both work in a similar environment, similar style, we both like to chat a lot, goof around, keep things loose,” Scarlett explained. She also revealed if her 6-year-old daughter Rose will see “Black Widow,” “She’s not going to be able to make it through this one, she’s too little, she’s too little. I tried to watch ‘Star Wars’ with her and the minute a Storm Trooper came on which is basically minute two-and-a-half, she said, ‘Mommy this is too scary.’ We made it through ‘Back To The Future’ just in the timeline was enough.” “Black Widow” will be released in theaters and on Disney + with Premier Access on July 9th. 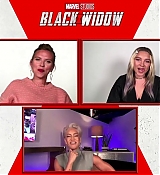 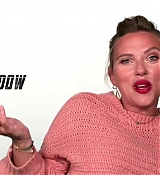 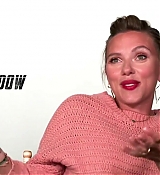 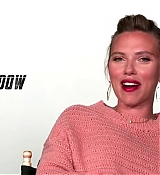