Welcome to SCARLETT JOHANSSON FAN, your online resource dedicated to the two time Oscar Nominated actress SCARLETT JOHANSSON. You may know Scarlett from her Oscar nominated roles in "JOJO RABBIT", "MARRIAGE STORY" and her 11 years as Natasha Romanoff / Black Widow in the "MARVEL CINEMATIC UNIVERSE" and her own movie "BLACK WIDOW". It is our aim to bring you all the latest news, photos, information and much more on Scarlett's career. We hope you enjoy your stay!
Black Widow
Home 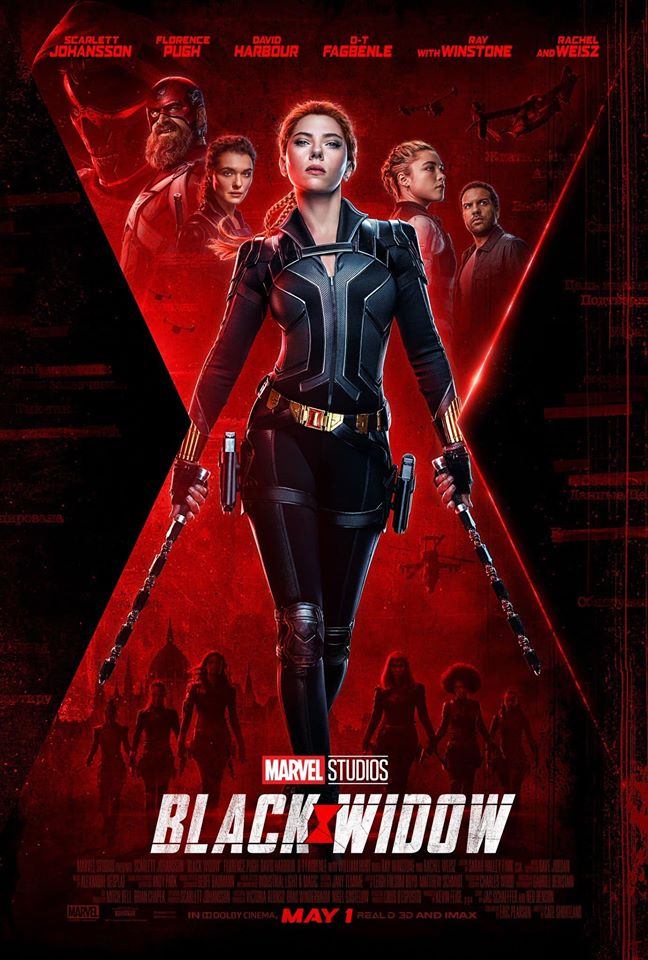 At birth the Black Widow “aka Natasha Romanova” is given to the KGB, which grooms her to become its ultimate operative. When the U.S.S.R. breaks up, the government tries to kill her as the action moves to present-day New York, where she is a freelance operative.

– It was revealed that the film is set after Captain America: Civil War (2016).
– This will be Scarlett Johansson’s eighth time playing Natasha Romanoff/Black Widow.
– On July 6, 2020, it was announced that Marvel Studios executives, including Kevin Feige, were so impressed with Florence Pugh’s performance as Yelena Belova that they plan to include her in future MCU films and she may even become the new Black Widow. In fact, Feige stated that this film was written to showcase Belova just as much as Scarlett Johansson’s Natasha Romanoff.
– Scarlett Johansson describes the film as “Its own genre”, and even named Logan (2017) an Influence along with The Fugitive (1993), and Terminator 2: Judgment Day (1991).
– Black Widow’s wrist-mounted tasers are colored yellow. This homages Natasha Romanova’s classic Black Widow costume, which was an all-black suit with yellow bracelets.
– Emma Watson, Saoirse Ronan, Alice Englert, Dar Zuzovsky and Florence Pugh were considered for the role of Yelena Belova with Watson being the front-runner. Ultimately, Pugh was cast. Coincidentally, Watson and Ronan were Pugh’s co-stars in Little Women (2019)
– In the comics, Daredevil and Black Widow were a couple and Charlie Cox from Netflix’s Daredevil (2015) wants a crossover movie.
– David Hayter wrote a script, and was set to direct in 2004, when the character’s film rights were still at Artisan Entertainment/Lions Gate.
– It’s the twenty-fourth film of the Marvel Cinematic Universe, and the first movie Post-Infinity Saga (after Spider-Man Far From Home)
– Both Scarlett Johansson and Marvel expressed interest in a potential solo film several times over the following years, before development progressed with the hiring of Jac Schaeffer and Cate Shortland in 2018, even though Shortland has no experience in directing big budget action films.
– The Black Widow film was originally scheduled to release on May 1st, 2020. However, due to the Coronavirus pandemic outbreak (Covid-19), the film was postponed until November 6th, 2020, then delayed again until May 7th, 2021, and again delayed to July 9th, 2021. Black Widow is just one of the many films to be postponed due to Covid-19.
– In the trailer, you can see the same weathered hotel inner courtyard used in another Soviet sparrow school movie (Red Sparrow (2018)) filmed in Budapest, Hungary.
– This is David Harbour’s third comic-book feature, after Suicide Squad (2016) and Hellboy (2019).
– Nicole Perlman wrote a treatment for a Black Widow movie around 2010/2011.
– This is the first movie of Phase 4 in the MCU.
– Previously, Hellboy (2019) director Neil Marshall had expressed interest in directing the film, but was not approached as Marvel is seeking a female director.
– The film’s cast includes two Oscar winners: William Hurt and Rachel Weisz; and two Oscar nominees: Scarlett Johansson and Florence Pugh. By coincidence, both Johansson and Pugh competed together in 2020 for many Best Supporting Actress awards, including the Academy Award and BAFTA Award, for their roles in Jojo Rabbit (2019) and Little Women (2019), respectively.
– André Holland was considered for the villain role but O-T Fagbenle was ultimately cast.
– The eighth film of the Marvel Cinematic Universe to be filmed in Panavision (anamorphic), after The Incredible Hulk (2008), Thor (2011), Thor: The Dark World (2013), Captain America: The Winter Soldier (2014), Captain America: Civil War (2016), Avengers: Infinity War (2018) and Avengers: Endgame (2019).
– David Harbour plays the character Alexei in Black Widow (2020), and on Stranger Things 3 (2019), he plays Jim Hopper who kidnaps a Russian scientist named Alexei.
– Julia Louis-Dreyfus was supposed to make her first appearance as Valentina Allegra de Fontaine in the film but made her appearance in The Falcon and the Winter Soldier (2021) instead.
– In the movie, Alexei Shostakov (Red Guardian) is a father-figure to Natasha Romanoff (Black Widow). In the original comics, Alexei and Natasha were husband and wife.
– Melina is named after Melina Vostakoff, a Russian agent who later went freelance and was known as the Iron Maiden.

– Natasha Romanoff: I’ve lived a lot of lives… But I’m done running from my past.

– Yelena Belova: Okay, you got a plan, or shall I just stay, duck, and cover?
Natasha Romanoff: My plan was to drive us away!
Yelena Belova: Well, your plan sucks.

– Natasha Romanoff: How many others are there?
Yelena Belova: Enough.

– Natasha Romanoff: Before I was an Avenger, I made mistakes… and a lot of enemies.