Welcome to SCARLETT JOHANSSON FAN, your online resource dedicated to the two time Oscar Nominated actress SCARLETT JOHANSSON. You may know Scarlett from her Oscar nominated roles in "JOJO RABBIT", "MARRIAGE STORY" and her 11 years as Natasha Romanoff / Black Widow in the "MARVEL CINEMATIC UNIVERSE" and her own movie "BLACK WIDOW". It is our aim to bring you all the latest news, photos, information and much more on Scarlett's career. We hope you enjoy your stay!
JoJo Rabbit
Home

A World War II satire about a ten-year-old boy who, ridiculed by his peers and misunderstood by his mother, can’t quite figure out how to fit in. As the naïve young German struggles to understand his place in an increasingly Fascist regime, he resorts to an imaginary friend (to be played by Taika) who can offer advice and help him cope. 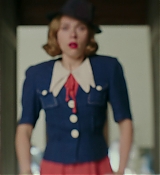 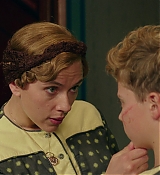 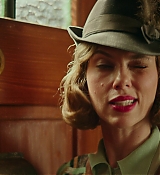 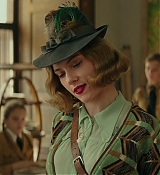 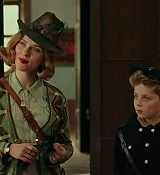 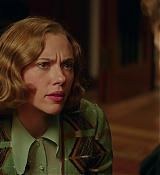 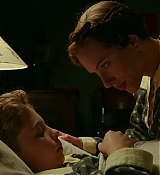 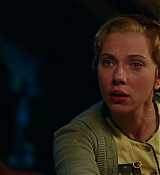 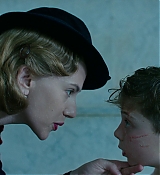 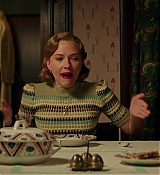 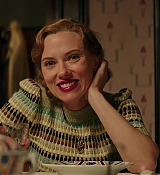 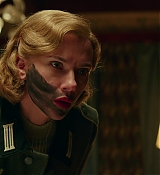 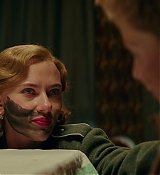 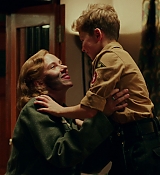 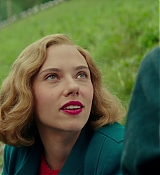 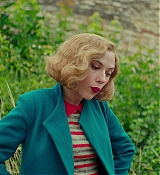 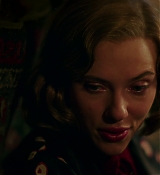 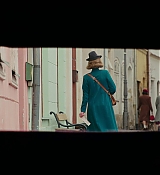 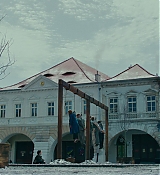 – The first time an American soldier is seen waving a flag from a balcony, it is one with 50 stars instead of 48. (A common mistake in WW2 films.) The error is later rectified by showing an American in a Jeep waving a correct 48-star flag.
– When Rosie Betzler brings Jojo to the Hitler Youth, there is a map hanging on the wall showing modern Germany instead of the Germany during the WW2-period; e.g., without Silesia or East Prussia.
– The Soviet soldier who catches JoJo wandering around the city shouts to him, “Niemiec!” [phonetic transcript] in modern Russian, while during WW2, and long after, the term “Giermaniec!” [phonetic transcript] was used in common language.
– At the end, the hand motions Jojo and Elsa use are more modern. Elsa’s are similar to the hand motions Emma Stone uses in La La Land when she lip syncs “I Ran.”
– It has already been mentioned that Hitler would have never offered cigarettes to Jojo because he was strictly against smoking. One may argue that this character is not the real Hitler but the imaginary friend living in Jojo’s head, so it’s just normal that he’s different from the real person. However, Hitler’s antagonism to smoking was almost as well-known in Nazi Germany as his mustache, and an avid fan of his would have never imagined him offering cigarettes.
– When Rosie and JoJo are eating dinner, JoJo taunts his mother and pulls the dish of bread to himself and takes a slice. The dish moves back and forth to its original spot with no bread removed.
– Jojo’s eyebrow with the scar changes from the eyebrow being shaved around the scar to not shaved and also in between these extremes.
– When Jojo first goes into the hidden place in Inga’s bedroom, he pulls a flashlight from his right pocket. However, in the previous shot (and when he first entered the house), the flashlight can be seen clipped to the back of his belt on the left-hand side.

– [Rosie and Jojo come upon six people hanging from a gallows in the town square]
Jojo Betzler: What did they do?
Rosie: They did what they could.

– Rosie: You’re growing up too fast. Ten-year-olds shouldn’t be celebrating war and talking politics. You should be climbing trees and then falling out of those trees.
JoJo Betzler: But the Führer says when we win, it is us, young boys who will rule the world.
Rosie: Pfft! The Reich is dying. We’re going to lose the war and then what are you going to do, hmm? Life is a gift. We must celebrate it. We have to dance to show God we are grateful to be alive.
Jojo Betzler: Well, I won’t dance. Dancing is for people who don’t have a job.
Rosie: Dancing is for people who are free. It’s an escape from all this.

– Jojo Betzler: I look stupid. People will stare.
Rosie: Enjoy the attention, kid. Not everyone is lucky enough to look stupid.

– Elsa Korr: I don’t know anything about being a woman. Is that what it is? You do things like drink wine?
Rosie: Sure. You drink. Champagne if you’re happy. Champagne, if you’re sad. You drive a car. Gamble if you want. Own diamonds. Learn how to fire a gun. You travel to Morocco. Take up lovers. Make them suffer. You look a tiger in the eye. And trust without fear. That’s what it is to be a woman.

– Rosie: [exasperated] Where are all the goddamned knives?

– Rosie: [Jojo has told her that he hears the ghost of his dead sister upstairs] You’ve lost your mind. It’s sadder for me though, because I have to live with a crazy person.