Scarlett will be featured in the upcoming Vogue April 2019 magazine as part on there celebration of global talent edition along with Angelababy, Doona Bae , Elizabeth Debicki, Adesua Etomi-Wellington, Golshifteh Farahani, Liv Lisa Fries, Eiza Gonzalez, Hera Hilmar, Vanessa Kirby, Bruna Marquezine, Deepika Padukone, Alba Rohrwacher and Lea Seydoux. So far only the cover with Scarlett on and one outtake from the shoot have been released but more info, videos, the interview and photos should be out very soon.

Vogue – When Scarlett Johansson was seventeen, she shot Lost in Translation in Tokyo. “It was really hard,” she remembers. “It was a seven-week shoot; I missed my boyfriend; we had a Japanese crew, so there was a language barrier. I remember being quite lonely.” That, to a large extent, was also the tone of the film: the anomie of geographic displacement, filtered through the bright lights of a luxury high-rise hotel. “It was just a different time to be an American in Tokyo,” she says.

Today you can know “where the cool kids are,” as she puts it—and they are everywhere, in Jakarta and Jerusalem, in Buenos Aires and Brussels—simply by glancing at your phone. Much more has been found in translation than lost. In the entertainment industry, Johansson—who will appear in Avengers: Endgame next month—elaborates, everything is more porous now, from the way people work to the way they watch. “There’s a scope to entertainment,” she says.

The first shoot for this story takes place on a crisp winter day in a secret skylighted studio in East London. The city and the country are gripped—as they have been for the past two and a half years—by the prospect of Brexit, a withdrawal that symbolizes, like the plan for an actual wall in the United States, an increasingly closed-off nationalism. (A second shoot will take place a few weeks later in New York.)

The gathering of these actresses over the course of a long, convivial weekend, however, feels like a sign of a different kind of political and cultural movement. The women who have assembled here live in places like Berlin, Seoul, and Shanghai. They are massively famous in their home countries, and, in many cases, well on their way to that kind of fame in countries we more typically think of as entertainment powerhouses. But bringing them together is not intended to make a statement about crossing over from the periphery to the center; it is about the new center, which is everywhere and nowhere at once.

Travel is easier and cheaper than it once was; films and TV shows from around the world are accessible in an instant. Netflix alone currently offers about 35 foreign-language shows that will stream straight to your laptop, and plans to host up to 100. Broadway is a testing ground for the West End, and vice versa, with Sydney and Melbourne not infrequently triangulating the transatlantic (and transpacific) theater trade. Social media make a certain kind of fame unrestricted, cut loose from subway posters or network television. We live in global times, and these are the faces of the new world order. 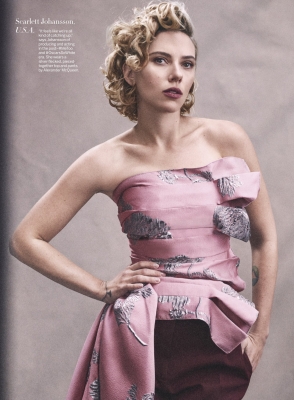 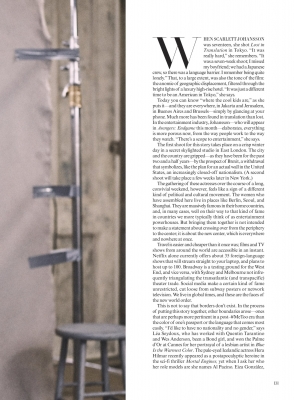