Johansson, who stars in Oscar contenders Marriage Story and Jojo Rabbit, goes on to explain how “the opportunities for women of every age to play all different types of people” has broadened, compared with the sex symbol roles she was offered in her early 20s.

“I feel when I was working in my early 20s and even in my late teens/early 20s, I felt that I sort of got, somehow, typecast. I was very hyper-sexualized,” she said. “Which, I guess, at the time seemed OK to everyone. It was another time. Even though it wasn’t a part of my own narrative, it was kind of crafted for me by probably a bunch of dudes in the industry. And I guess that worked then, but it was really difficult for me to try to figure out how to get out of being an ingenue or the other woman, because it was never anything that I had intended.”

Being typecast as hyper-sexualized caused the actress to think of pursuing a different career in the industry that would “be more fulling ’cause there seemed like there was nowhere to go.”

An opportunity for Johansson arose to star on Broadway in Arthur Miller’s A View From the Bridge in 2009, which “totally reset my whole way of thinking about how I could work and the different kind of opportunities that could be available to me.” She went on to win a Tony Award for her performance.

“It’s amazing how theater is limitless,” she told the roundtable. “Even though it was terrifying, it was liberating because I actually felt that every night I had the opportunity to change the narrative.”

Scarlett Johansson stars in Marriage Story along with Adam Driver and Laura Dern. The film was written and directed by Noah Baumbauch. Johansson has four career Golden Globe nominations, for her work in Lost in Translation, Girl With a Pearl Earring, A Love Song for Bobby Long and Match Point. 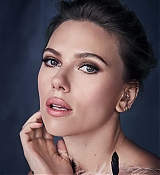 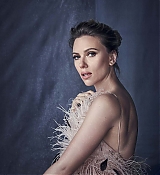 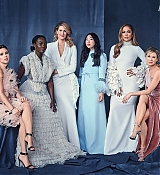 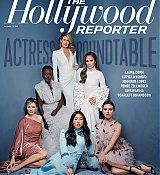 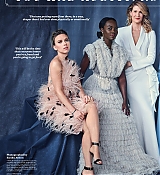 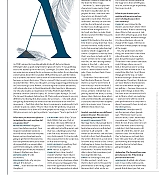 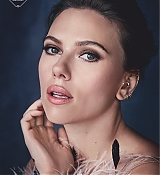