Black Widow promo is starting again and Scarlett at last has her first magazine cover and photoshoot of the year with The Gentlewoman Magazine – Spring 2021. It’s a amazing photoshoot and how good does she look with long hair like this and a very good interview as well. You can pre-order the magazine HERE for £8 + Shipping but please note shipping is a lot right now. You can view the photos in the gallery and read some of the interview below, please click the link to read the full one. 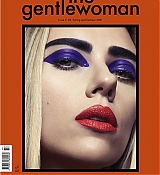 The Gentle Woman – Back in the leather catsuit for the eighth time in May, Black Widow, Scarlett Johansson’s sassy Marvel character, has her own film at last. Over 30 years in show business, the 36-year-old actor has soared steadily from indie darling to box office draw, and she now has the powers to cast a woman in the director’s chair. It’s Scarlett’s fanatical commitment to outlandish parts that keeps fans coming back for more. And with her own production company, she’s free to make work as rich and as challenging as she is herself.

Hanging behind Scarlett Johansson, who’s at home in New York, is a painting by the artist Lois Dodd, once described as the most famous painter of windows in America. It’s a huge canvas, dominated by a deep purple dusk and a large clapboard house, one celebrated window lit up yellow, looming above Scarlett’s head like an idea. “I was thinking maybe I could frame it so it looks like I’m in the painting,” she says. It’s one of those mid-Zoom thoughts you have as you see yourself, yet again, pinned in the corner of a screen.

Over the past year and its many Zooms, with the surplus of events on one hand and the lack of happening on the other, Scarlett has learned a few things about herself. “Well, I’ve never spent this much time off. Ever. In my entire life.” She widens her eyes behind thick black-framed glasses. “I’ve been working for almost 30 years!”

She’s 36.
“It’s crazy,” she says. “It’s insane. I have a really long white beard that I shaved off just before this.”
You could retire, I suggest.
“It’s not even early retirement,” she says, a little rueful.

From child acting – off-Broadway as a kid, Manny & Lo at 12, The Horse Whisperer at 14 – her career has grown exponentially and irrepressibly, indie to Marvel. She’s not the kind of actor who, having hit the superhero jackpot, slides lazily into a plateau, making one film a year playing an approximation of herself. Instead, she’s somehow retained the status of a character actor with blockbuster effect. Or, as Sofia Coppola, who directed her in Lost in Translation, the film that catapulted her career into the big leagues back in 2003, put it over email, “She’s proven that she can be a bombshell and also a respected actress with depth and strength.”

Over her years enmeshed in the Marvel universe, Scarlett has revealed a mastery of hand-to-hand stunt combat, but she’s also given her character, Natasha Romanoff, the Black Widow, mystery and humour. “What’s really great about her as an actor is she can’t do fake,” says Cate Shortland, the director of Black Widow, Scarlett’s first stand-alone Marvel film, due to be released in May. “There’s no BS; she has to believe it.” Rachel Weisz, her co-star, agrees. “She is extremely talented and hard-working and passionate about her role. She’s a straight shooter, very focused and clear about the story she is telling.”

In return, the Marvel machine has given Scarlett incomprehensible wealth and genuine power. She was the highest-grossing female actor in Hollywood in 2018 and 2019 and now has the heft of a mogul: she can get movies made and hand-pick her directors. (Of the 49 women directors considered for Black Widow, the under-the-radar Cate Shortland made the last three and was then chosen after conversations with Marvel producers and Scarlett, who had liked her previous film, Lore. “It was about that connection,” Shortland says now.)

Though Marvel tends to dominate the landscape, it’s Scarlett’s other roles that reveal her particular elasticity as an actor. She can stretch from a strangely loveable disembodied voice (Her) to a haunting alien killer (Under the Skin), from a synchronised-swimming 1950s movie star (Hail, Caesar!) to a devastated divorcing actor (Marriage Story). She seeks characters that derail preconceptions – particularly those related to her beauty, the kind that has bamboozled male journalists for decades – and brings to them an alchemy of fanatical commitment, off-kilter wit and a sardonic intelligence that often reveals itself in perfect, ironic opposition to the wide-eyed, credulous expression on her face. Over email, the director Noah Baumbach, who wrote the part of Nicole in Marriage Story specifically for Scarlett, recalled moments in the film “where nothing is spoken and her face says everything. It’s that thing when the internal becomes external. And a close-up can be the greatest shot imaginable.” 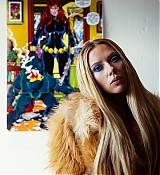 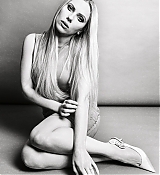 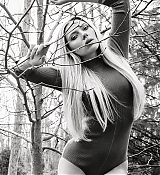 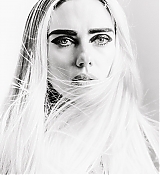