Scarlett made her first Saturday Night Live appearance of the year in episode 19 with Donald Glover as host, Again reprises her role as Ivanka Trump for the segment Michael Cohen Wiretap Cold Open the skit had her co-staring with Ben Stille and Jimmy Fallon. Scarlett was not seen at the end of the show (or I did not see her there). HQ screen captures and stills are now up in the gallery and you can watch the segment below. 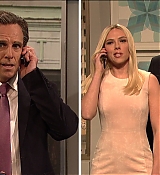 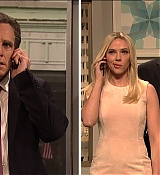 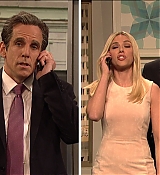 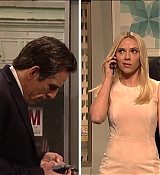