Two years since the release of ‘Spider-Man: Far From Home,’ the MCU is finally returning to theaters with the much-anticipated (and oft-delayed) ‘Black Widow,’ a solo spy adventure for the character made legendary by Scarlett Johansson. In the movie, Natasha is forced to come face to face with the trauma of her past and with the makeshift family of misfits whose motivations remain murky: There’s father figure the Red Guardian (David Harbour); mother figure Melina (Rachel Weisz); and sister of sorts, Yelena (Florence Pugh), whose reconnection with Natasha drives the story, humor, and heart of director Cate Shortland’s movie. Ahead of the film’s release in theaters – and on Disney+ via Premier Access – Rotten Tomatoes correspondent Naz Perez spoke with Johansson about finally giving Natasha her solo film and the importance of it being so female-focused, both in front of and behind the camera. Plus, Pugh, Harbour, Weisz, and co-star O-T Fagbenle talk about creating backstories for themselves and bonds with each other (and why Harbour keeps ending up in Russian prisons), while Shortland details why she wanted to make a movie about trauma and “self-forgiveness” and how inspiration drawn from James Bond to ‘Thelma and Louise’ helped her get there. 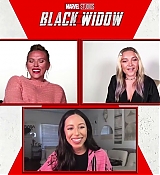 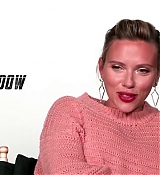 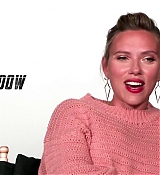 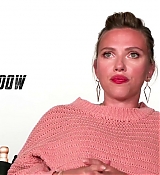