The actress, 37, appears on Thursday’s episode of PEOPLE (The TV Show!) where she caught up with special correspondent Nancy O’Dell about her two kids and shares her excitement for her upcoming film Sing 2, out Dec. 22. Speaking about her infant son Cosmo, whom she welcomed in August with husband Colin Jost, the star says he’s “great” and has been “making all the fun discoveries like feet.”

The Black Widow actress says Cosmo does “everything” when it comes to his tiny toes, sharing that he’ll “stare at them, pull on them, chew on them.”

“It’s just unbelievable,” she continues. “I mean, can you imagine you never realized you had feet and then you looked down and there they are? You’re like, ‘Whoa.’ ”

As for her daughter, Rose Dorothy, Johansson says the 7-year-old has recently made a discovery of her own: that her mother is a famous actress!

“I think she’s pretty excited about the fact that I’m in Sing 2,” Johansson says. “Although it’s probably more abstract to her. Like she just recently figured out how animated movies work because that’s kind of a surreal, kind of concept.”

The actress also chats with O’Dell about her experience working with Bono on the animated movie and jokes about making an album with the U2 musician.

“I’m only going to do it if Bono does it,” she teases. “Now, he’s come to my turf and then if I go to his turf, we got to work on the album together.” 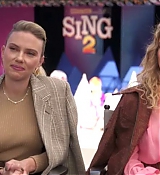 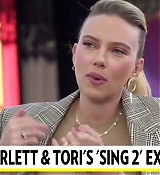 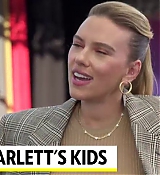 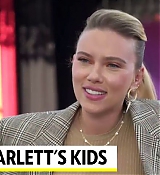