Back in March scarlett did the photoshoot for Parade Magazine – April 2020 cover to at the time to promote Black Widow. We got a new interview and photoshoot at this time only three outtakes have come out and just the magazine cover but I am still looking for the rest of the scans.

Parade Magazine – Not far from her home in New York City, on a sunny day in early March, Scarlett Johansson pops in for her Parade photo shoot after dropping off her 5-year-old daughter, Rose, at school. (This interview and photo shoot occurred before the coronavirus quarantine.) A little later, she’ll pick up Rose and return to the uptown apartment she also shares with her fiancé, Saturday Night Live co-head writer and “Weekend Update” co-anchor Colin Jost.

Oh, it’s pretty much just a typical weekday (when such days were possible just six weeks or so ago), though “typical” is a relative term when you’re an acclaimed, world-renowned actress, and your new movie, Black Widow, is shaping up to be a fall smash.

Indeed, with all due respect to one of her baseball heroes—Hall of Fame-bound superstar Derek Jeter of her beloved New York Yankees—Johansson is the one delivering big hits these days. At 35, the former child star is the top female box-office draw in the world, having brought in more than $14 billion in global ticket sales. She’s proven herself a master at comedy (Sing), action (Lucy) and awards-bait drama (her impressive Oscar-nominated 2019 twofer of Marriage Story and Jojo Rabbit). And she’s done it while winning legions of fans as the Russian-KGB-assassin-turned-crime-fighting-Avenger Black Widow in seven Marvel movies. With Black Widow, she finally gets to star in her own. 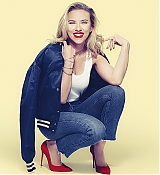 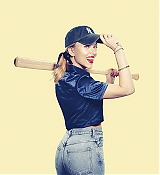 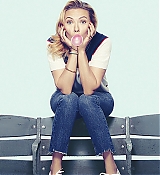 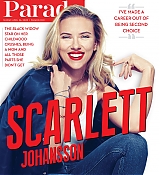