There is no number of Japanese original that the real live planning in Hollywood goes out …… Moreover, even if it realizes, the work convinced by the fans is nearly zero. Under such circumstances, “GHOST IN THE SHELL / Ghost in the Shell” by the original work, Shiro Masamune, director · Mamoru Oshii is fully realized, there will be many fans that expectation and anxiety are half. About the pros and cons of this work there will be individual differences, but it can be said that this is the first successful example in the realization of Japanese animation in Hollywood. Rather Scarlett Johansson, starring the big new work that can not be said to do in Japan, said.

Q: Did you prepare to play Major?
When I saw the original animated version “GHOST IN THE SHELL / GHOST IN THE SHELL”, I did not understand what it was. It is a very abstract story and character setting, and I thought about how to do this in live action. For that, I did a lot of discussions with Rupert Thunder’s director, and from the director I got a lot of data sent to the mountain, so I think it helped me to create a role. It was almost the same as when it was “LUCY / Lucy” that I received materials from the director who suffered from such complicated characters. I do not know, I can not do it. Because, there are lots of fans in the original version, and responsibility is accompanied to playing it in live action. So I read materials and scripts anyway before I started taking pictures, I interpreted myself. Simply thinking, this work is a story that the major is growing through the fight with cyber terrorism. That felt growth and sympathy as my actress. By thinking so, I think it has become very easy.

Q: The action was also pretty hard. About special training on body building?
Regarding physical training, I have been doing constant training every morning with my personal trainer, so I have not done anything special in terms of body building. However, that is what I am doing with my own time, but when I start shooting my time will naturally decrease. So, in the morning, there was sometimes a workout after entering the shooting site. Also, as with any action movie, unless you enter that set, you do not know the choreography at the actual space size and what the wire work is like. So, after I entered the studio this time, I checked the scene with Corio Grapher (choreographer). The hardest thing was the brawl scene in the night club. In a very narrow place, it was really hard because I had to make three men together. It will not be established if we remove timing a bit, and I have been handcuffed to the pole (laugh). And without the stunt, I played all that scene myself. It is a very proud scene.

Credit: cinematoday.jp
You can read the rest by clicking on more! 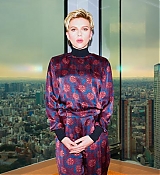 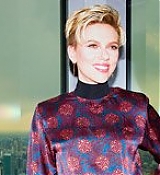 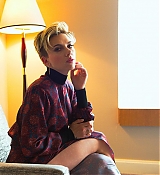 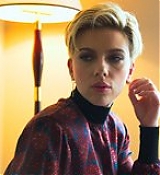 Q: The major theme of this work is that the major that was made into a whole body has a sense that he is not yourself. How did you interpret and play just about abstract things?
That was exactly the most difficult thing with this role. At first I did not understand how to approach. However, while reading various materials, Freud’s psychic theory has come to be useful. Thinking about three things that make up the heart of men, thinking of ‘id’ (ego), ego (controlling mindset), super ego (moral, ethical concept), before Major himself You did it. I could see what I am and what kind of behavior principle I have. As a result, the answer obtained is that the person is a product of experience and experiences so far. Major also has past memories and experiences, which will become big topics with this story. Besides, she has a bodily body and a brain that remembers the past. If you are an ordinary human you can move to action right away, but in her case there should be something to be some cushion between brain command and body action. In that way, the feeling of fear of playing Major having “a feeling that myself is not yourself” has diminished, and I’ve become accustomed to it for a few weeks that I was careful about it Lol).

Q: Although it is known as a lot of fans, on the other hand, there are also many young people who do not know the original version.
It’s more convenient (laugh). Young people now have no guilt against what they do not know about old works and there should be little fixed concepts. Because I can see things very flexibly, I think that this work will be taken as a fresh experience. Along with that, those who are interested in seeing this live-action version say that they want to know how much the original fans have a memorable work, and that they have a perfection that only answers them I want you to know that.