Welcome to SCARLETT JOHANSSON FAN, your online resource dedicated to the two time Oscar Nominated actress SCARLETT JOHANSSON. You may know Scarlett from her Oscar nominated roles in "JOJO RABBIT", "MARRIAGE STORY" and her 11 years as Natasha Romanoff / Black Widow in the "MARVEL CINEMATIC UNIVERSE" and her own movie "BLACK WIDOW". It is our aim to bring you all the latest news, photos, information and much more on Scarlett's career. We hope you enjoy your stay!
Abby / February 10th, 2020
Scarlett Johansson on Being a Movie Star vs. Being an Actor | W Magazine
Events Gallery Updates

In 1995, when Scarlett Johansson was filming the movie Just Cause with Sean Connery and Laurence Fishburne, the cast was traveling on a plane when Johansson happened to cross Fishburne’s path in the aisle.

“He said to me, ‘Hey, let me ask you a question,’ ” Johansson recalls in this installment of Screen Tests with Lynn Hirschberg. ” ‘Do you want to be an actor, or do you want to be a movie star?’ In my mind, I didn’t know what he meant, exactly. I felt like you can be both, [and] you can be both, but he was saying to me, ‘Are you here to do the work?’ I internalized that. If your end goal is just to be a movie star, well, you know, that’s different than acting.”

Clearly, that wisdom stayed with her. This year, Johansson has been nominated for two Academy Awards for her lead role in Marriage Story and her supporting turn in Jojo Rabbit.

But her love for movies isn’t restricted to serious art house fare. In fact, her first sexual awakening, she reveals to Hirschberg, involved ogling Patrick Swayze in Dirty Dancing. 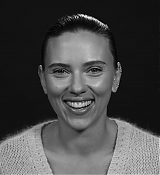 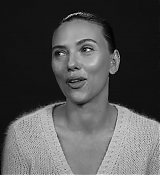 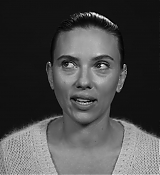 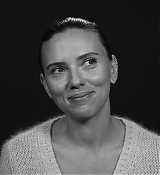